Christine Kim is associate professor of English at the University of British Columbia. She specializes in Asian North American literature and theory, diaspora studies, and cultural studies. She is the author of The Minor Intimacies of Race (University of Illinois Press, 2016) and co-editor of Cultural Grammars of Nation, Diaspora and Indigeneity (Wilfrid Laurier UP, 2012). Currently she is working on a SSHRC funded book-length project on representations of North Korea, cultural fantasies, and Cold War legacies.

Nicholas Bradley is Associate Professor in the Department of English at the University of Victoria, where he teaches Canadian literature and American literature. He has particular interests in Canadian poetry and the multicultural literatures of the Pacific Northwest. He is the editor of We Go Far Back in Time: The Letters of Earle Birney and Al Purdy, 1947–1987 (2014) and the co-editor of Greening the Maple: Canadian Ecocriticism in Context (2013). He has also published numerous essays on aspects of Canadian literature. 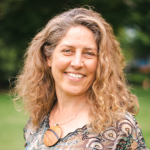 Sophie McCall is a settler scholar in the English department at Simon Fraser University. Her main areas of research and teaching are Indigenous literary studies in Canada from the 20th and 21st centuries. She has published widely on topics such as textualizing oral history, collaboration, the struggle for Indigenous rights, decolonization, resurgence, and reconciliation. With Deanna Reder (Cree-Métis) she is co-chair of the Indigenous Voices Awards. Her current SSHRC-funded research project (with NunatuKavut scholar Kristina Bidwell) is Indigenous-Led Collaboration in the Indigenous Literary Arts. 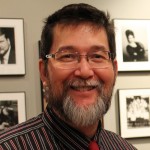 Y-Dang Troeung is a mother, researcher, writer, and Assistant Professor in the Department of English Language and Literatures at the University of British Columbia. She is also a 2020/2021 Wall Scholar at the Peter Wall Institute for Advanced Studies. Y-Dang grew up in a small town in Southwestern, Ontario, Canada before pursuing her undergraduate and graduate degrees in English at the University of Waterloo and McMaster University. She lived in Hong Kong for six years before beginning her position at UBC in 2018. As a graduate student, she published her first scholarly essay in Canadian Literature in 2010 and is now happy to be affiliated with the journal as an Associate Editor.

Brendan McCormack studies and teaches Canadian and Indigenous literatures, often thinking through the historical entanglements and disentanglements of these fields of study. His research specializes in literary nationalisms, the politics of multiculturalism, and the relationship between public policy and literary arts in Canada, with broader interests that include settler colonial studies, diaspora, environmental humanities, pedagogy, and literary anthologies. 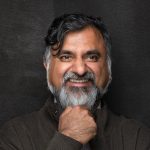 A consulting editor and member of the Talonbooks’ Poetry Board, Phinder Dulai is also a co-founder of the interdisciplinary contemporary arts group South of Fraser Inter-Arts Collective (SOFIA/c), and a past adjudicator for the Canada Council for the Arts.

Recently, Phinder Dulai led the design and served as faculty lead for Centering Ourselves: Writing in a Racialized Canada. This residency was hosted at the Banff Centre for the Arts, Canada’s first dedicated literary incubator for Black, Indigenous, and People of Colour authors.

Canadian Literature was a small academic journal until Donna Chin came along in 1996. As Managing Editor, she took on transforming Canadian Literature from a print journal operation into a diverse bustling operation, with a lively web and social media presence on the internet. She undertook different opportunities and projects to increase the administrative and production side of the journal as well as increasing brand name recognition of Canadian Literature among publishers. Her creativity in developing diverse projects has been rewarded with the Heritage Canada Magazine Fund and the Teaching Learning Enhancement Fund. She is a strong supporter of UBC students and created the CanLit Student Award to support UBC Arts Co-op Students interning at Canadian Literature. The editorial internship is a step towards creating a new generation of young editors with expertise in the field of Canadian literature and publishing. She started an eAuction in 2005 to raise funds for this award and continued fundraising during the 50th Anniversary Gala. She has mentored many work study and co-op students, giving these students the opportunity to enhance their knowledge and experience while learning about the world of Canadian literature, publishing, research, and writing.

Canadian Literature employs students to help with the journal’s production. In the process, they become familiar with editorial and publishing practices like copy-editing and proofreading. As part of our Teaching and Learning and Enhancement project, the journal also employed graduate students to perform research and write modules for CanLit Guides.