The winner will be announced at the ACQL reception on May 24th at Brock University in the Cairns Family Health and Bioscience Centre, Room 200, from 6 to 7 pm.

You can watch the ceremony on the CBC website. Drs. John and Sherrill Grace start appearing at 55:09 in the video.

For more on Sherrill Grace, we have collected her extensive contribuitions to Canadian Literature from our archives. 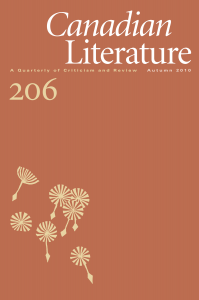 
Vancouver poet and activist for social justice in Vancouver’s Downtown Eastside neighbourhood Bud Osborn died on May 6. In his Canadian Literature review of Osborn’s books Hundred Block Road and Keys to Kingdoms, Adam Beardworth notes that Osborn’s work offers piercing observations of society’s marginalized people and the social factors that sustain their dispossession. 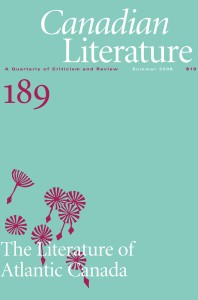 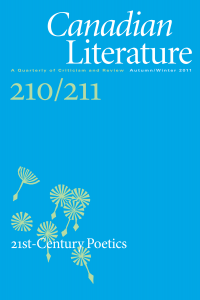