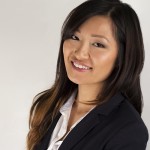 Over the past two years, in my position as Co-op Student, first, and Work Learn Student, second, I have received a tremendous amount of moral and financial support at Canadian Literature. As a recipient of the CanLit 50th Anniversary Tuition Award, I was able to reduce my student loan debt, as well as gain distinction amongst my peers. I have also had the pleasure of working with many inspiring professors and colleagues.

Simply by having to read hundreds of articles, book reviews, and poems within a year as part of my job, I became more aware of the scope of Canadian literature, its history, its authors, its scholars and their conversations. Ultimately, my experience working on the journal has taught me to become an efficient proofreader and copyeditor, and I feel confident that these transferrable skills will continue to benefit me in the future.

Surprisingly, in November 2012, I had the opportunity to share a room with Margaret Atwood during our George Woodcock Centennial Celebration, a fundraiser event for our Student Awards, which allow graduate and undergraduate students like myself to work at Canadian Literature. Atwood gave a very funny and memorable talk about the meaning of zombies in current and popular literature at the Chan Centre for Performing Arts later that night.

Of course, it wasn’t every day at the office that we had the opportunity to meet famous Canadian authors. But anytime there was a birthday among the staff, it was always made known and became a cause for celebration. I’m very grateful to have had this experience during my undergrad, and look forward to seeing other students after me do the same.

Thank you to all the staff at Canadian Literature for a wonderful two years together.