Call for Papers for a Special Issue on “Ecocriticism after Ecocriticism”

In the last two decades, ecocriticism has become thoroughly established in Canadian literary studies. Environmental approaches to Canadian literature have transformed conventional ideas of nature and natural aesthetics; reshaped understandings of places, regions, animals, and labour; and imbued scholarship and teaching with political urgency. What in the 1990s was a new and insurrectionary critical development has become a profusion of conferences, articles, and books about Canadian environmental writing. Some twenty-five years after the term “ecocriticism” first appeared in this journal, and one hundred issues after Laurie Ricou’s “So Big About Green” editorial, the field is institutionally robust, eclectic in subject and method, and theoretically sophisticated—but also due for critical re-examination. Ongoing public controversies over tankers and hydroelectric dams, the continuing infringement of Indigenous sovereignty, the economic and political sway of the Alberta oil sands, and the increasing effects of anthropogenic climate change make a reconsideration of ecocriticism all the more pressing. Studies as different from each other as Timothy Morton’s Ecology without Nature: Rethinking Environmental Aesthetics (2007) and Jedediah Purdy’s After Nature: A Politics for the Anthropocene (2015) have attempted to dispense with inherited environmental ideologies in favour of critical, political, and aesthetic categories more appropriate to a radically changing biosphere. Where, then, is Canadian environmental literature after nature? And where are Canadian literary studies after ecocriticism? 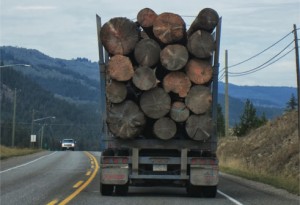 This special issue invites essays that examine the state of ecocriticism in the Canadian context, that take original environmental approaches to Canadian writing, that explore creative responses to environmental destruction and growth, and that consider the functions of literature and criticism in the neoliberal Anthropocene. How do we imagine environmental aesthetics today and for the future? What do nature writers of the past, as well as the present, have to tell us in the time of pipelines, protests, and protection of the land? We are especially interested in essays that suggest new paradigms for understanding the shape and politics of “nature” in the literatures of Canada. Comparative, multilingual, and transnational approaches, or other modes that emphasize the plurality of ecologies and natures in Canada, are particularly welcome. Articles that do more than examine a single text in light of environmental theories are encouraged. We publish essays on fiction, poetry, non-fiction, drama, and inter-genre collaborations. Contributors are invited to imagine new modes of ecocritical inquiry and to examine Indigenous ecologies and the decolonizing possibilities of environmental criticism. Studies of environmental literature from all historical periods are welcome.

This issue will be edited by Nicholas Bradley and Laura Moss.

Questions about the special issue may be directed to can.lit(at)ubc.ca.