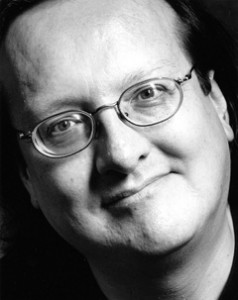 Playwright, poet, essayist, and teacher, Daniel David Moses is a Delaware from the Six Nations lands in southern Ontario, Canada. He holds an Honours B. A. in General Fine Arts from York University and an M. F. A. in Creative Writing from the University of British Columbia. His plays include his first, Coyote City, a nominee for the 1991 Governor General’s Literary Award for Drama, The Indian Medicine Shows, a winner of the James Buller Memorial Award for Excellence in Aboriginal Theatre and, his best known, Almighty Voice and His Wife. He is also the author of Delicate Bodies and Sixteen Jesuses, poems, and co-editor of Oxford University Press’ An Anthology of Canadian Native Literature in English, 3rd Edition, 2005. His most recent publications are Pursued by a Bear, Talks, Monologues and Tales (2005) andKyotopolis, a play in two acts (2008), both from Exile Editions. His honours include the Harbourfront Festival Prize, a Harold Award, a Chalmers Fellowship and being short-listed for the 2005 Siminovitch Award. He teaches as a Queen’s National Scholar in the Department of Drama at Queen’s University, Kingston, Ontario.

Yes. Well, sort of. But I wouldn’t say ‘inspired’. That seems a bit romantic. But there was a moment, or rather a situation (see below) and that situation got me—let’s say—‘intrigued’ or even hooked by poetry and my subsequent efforts at investigating and thinking about that intrigue, by trying to do it myself, have been sufficiently satisfying, intellectually and emotionally, to keep me coming back.

I insist this ‘inspiration’ word makes poetry sound stupidly emotional and not of this world and I think that’s not adequate. I think poetry is about the complicated combination of emotion and thought in art that creates a morality, a moral vision of the world, and that it’s really the deepest way you can think. If that ‘deep thought’ idea is what is meant by ‘inspiration’, then I do find that in my life and my efforts to understand my life.

It feels now that my writing process is all about revision. I know I start with a meaningful experience or idea I’d like to create a clear expression for. I know I think about what I intend to write for a long time. I live with it. This living with it may include making notes, jotting down images or phrases that come to mind. It may include looking up words to ensure they mean what I think they mean and, often, discovering, they also mean other connected things as well. This living with the intention toward a poem can also, but not necessarily, include research, whether in an encyclopaedia or library—or maybe just asking questions of those who should know because they were there.

At a certain point all that note taking will be combined into one piece that tells the story of the poem and I usually think of it as a story, even if it doesn’t hinge on plot or character, even if it’s all about me and my mood at a particular point in my life. I know I’ve got a good start for the poem if I find the first line to be musical, concise and precise—sweet. (Okay, it often takes many tries to achieve that clarity and until that moment I feel such frustration, because I know I’m close, so close.) The sweet first line sets the standard for the rest of the poem. I revise and revise, working through the poem, shifting words, changing images, throwing things away because I realize they’re beside the point I’m gradually coming to see, till the whole darn thing is taut and thoughtful and beautiful as it can be.

I began to write in high school(see below). I had decided I had to do something artistic—my Grandmothers made crafts and painted and two of my Uncles were symphony—quality violinists—but those wiser than I was suggested that I’d be doomed to poverty if I took that road. I rationalized it rhetorically: Hey, how much can a pencil and paper cost? I have no idea I’d someday have to invest in a computer and printer. Hey, the computers I encountered in those days ran on punch cards.

In English class in, maybe, Grade 11 (we still had 13 grades then), we were studying some highly structured poem, probably something with a clear, consistent and persistent rhyme scheme, which really impressed my best friend at the time (Hey Bill, long time, no see!). I found myself unimpressed. (Even then I guess I felt there was a difference between technical achievement and meaningful expression.) Me: “It’s just a trick.” Bill: “Bet you can’t do it.” Me: “How much? Give me a topic.”

Over the weekend, I was able to put together, if I remember it right, a short little ballad retelling the story of Rapunzel using an A/B/A/B rhyme scheme. I won, of course, but in the process of playing these tricks with the language, I found myself realizing there was something more interesting going on, and that’s a realization I continue to explore these years later.

Do you use any resources that a young poet would find useful (e.g. websites, text books, etc.)?

If I’d actually met Gwendolyn MacEwen then—she was the one poet I looked forward to reading who I remember knowing was ‘a published poet’ living at that time not too far away in Toronto—and realized how hard a life she was having—she really did deal with the poverty not to mention—maybe I would have had second thoughts about my decision to write, and second thoughts are always helpful.

But probably not. As I said, I’d decided to be a writer and really, if someone had tried to motivate me, maybe that would have dissuaded me. At that age, it’s hard enough trying to define your self by yourself without adults messing around with you more than the law demands and allows.

Maybe the high school aged should not be allowed poetry. Most university students only begin to be able to get it. Restrict access. Prohibit it like drugs. That might get them reading and eventually writing it.

A Ride Like Miss Johnson’s “Wild Cat”[1]
By Daniel David Moses
Published in Indigenous Literature and the Arts of Comunity. Spec. issue of Canadian Literature 230-231 (Autumn/Winter 2016): 6-22.