We are pleased to announce the arrival of Canadian Literature, Issue 239, The 60th Anniversary Issue. Laura Moss writes in her editorial: 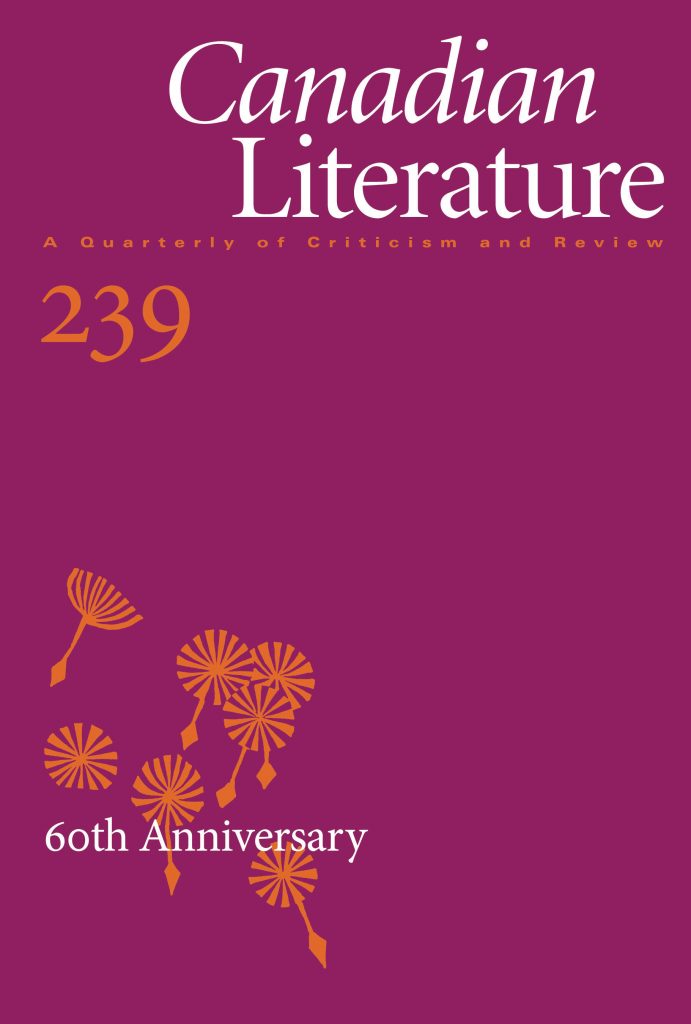 Sixty years is a long time for any one thing to exist so we decided to pause, take stock, and honour this milestone. We took advantage of the fact that UBC was hosting the Congress of the Humanities and Social Sciences under the theme of “Circles of Conversation” in June 2019 and decided to host a few conversations of our own: an academic one on the state of the field; a creative one to share the work of some fine poets who have published in the journal; and a social one to toast the journal, its contributors, and its creators. . . . Over the course of decades, the journal has published thousands of articles, book reviews, and original poems in 239 issues. That’s thousands of voices coming together—sometimes in harmony and sometimes in dissonance—to engage in/with creative and critical writing in Canada and beyond. This issue serves as an example of the continued commitment to thinking critically about the place we stand. The articles take on the environmental crises in Alberta, care relations in Ontario, masculinity in Manitoba, Jewish Canadian writing, and decolonization in British Columbia.