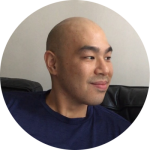 is Assistant Professor in the Academy of Film at Hong Kong Baptist University. His research interests include transpacific, Asian/ American, and sinophone film and media, cultural memory, and feminist theory. He focuses on understanding how film and media forms interact with cultural politics. He has published in peer-reviewed journals including Journal of Cinema and Media Studies, Journal of Chinese Cinemas, and Asian Cinema. He has appeared in media programs including TEDxTinHauWomen, New Books in Asian American Studies, RTHK’s The Pulse, and RTHK3’s Agender Cafe.

This essay examines examples of transpacific Cambodian cultural memory in The Roots Remain (2015) and Daze of Justice (2016) that approach the afterlife of the Cambodian Genocide with mutual affection, commemoration, and creative adaptation. The stakes of memory in these two documentaries are different than in the Cambodian documentary films of Rithy Panh (S21, The Missing Picture) or Thet Sambath (Enemies of the People) that bear witness to trauma in order to resist forgetting through the testimony of victims and perpetrators. These films also differ from Asian American documentaries about 1.5 generation SE Asian refugees resettling in North America such as AKA Don Bonus (Spencer Nakasako/Sokly Ny, 1995), Kelly Loves Tony (Nakasako, 1998), or returnee documentaries about subjects uncovering family memory in order to understand and reshape their own identifications as seen in Refugee (Nakasako, 2003). Both Daze of Justice and The Roots Remain are not fact-finding missions like their predecessors in New Cambodian Cinema and Asian American film and media. Through a process of reconciling and recuperating collective memory that I describe as regenerative remembering, the Cambodian Canadian and Cambodian American subjects of these films work to restore communal relations severed by generational difference, transpacific migration, and silence.

Canadian Literature issue 246, Refugee Worldmaking: Canada and the Afterlives of the Vietnam War, is available to order through our online store at https://canlit.ca/support/purchase/single-issues/.