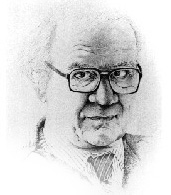 Editor, poet, critic, travel writer, historian, philosopher, essayist, biographer, autobiographer, political activist, university lecturer, librettist, humanitarian, gardener…George Woodcock seemed entitled to wear almost as many hats as there are works to his credit—which stand at somewhere between 120 and 150, not including the radio and TV plays, documentaries and speeches.

Worldwide, he is most well known for his books on the philosophy of anarchism and its history, and for his well-received biography,The Crystal Spirit, on his friend George Orwell. From a national perspective, he was a literary champion, founding the journal Canadian Literature in 1959, finally passing on its editorship eighteen years later. The journal was the first of its kind, and it provided a much-needed place for the exploration and celebration of the works of Canadian literary authors.

George Woodcock was first and foremost a Canadian, born May 8th, 1912, in Winnipeg. He didn’t remain in Canada for long: his parents—unable to scrape up a decent living in the colonies—returned with him to England, where he was to spend the next 3 and a half decades. As a child, he lived scarcely above the poverty line, and attended grammar school; he brought his formal education to a halt when he declined to go to Oxford on a partial scholarship, on the grounds that he would have to join the clergy.

He entered the workforce, obtaining a job as a clerk for the Great Western Railway, where he eagerly began to educate himself—and to write. In London, George socialized with many of the writers and intellectuals of the day, including Aldous Huxley, George Orwell, Herbert Read and T.S. Eliot, to name a few. He became interested in anarchism, and leftist politics in general, devoting much of his work to those subjects.

With the advent of World War II, G.W. resisted enlistment on the basis of his belief that violence was intrinsically wrong, and spent the duration of the war doing farmwork. George married his wife, Ingeborg, in Germany. In 1949, they immigrated to Canada, first residing in Sooke, on Vancouver Island, where they were unsuccessful in making a living as market gardeners. Friends helped them to relocate to Vancouver, where they remained—eventually purchasing a house in Kerrisdale. Around this time, George was writing for the CBC, and had penned the first of a number of travel books, Ravens and Prophets (1952).

In 1955, G.W. became involved with the University of British Columbia, lecturing in the English Department beginning in 1956, and teaching a course on the European Novel in Translation. At this point in his life, he was producing several books a year, as well as many articles and monographs. In 1966, he received the Governor General’s Award for The Crystal Spirit. He taught at the university into the 1970s, and was awarded an honourary DLitt by UBC in 1977 (he received 5 other honourary degrees from other universities). He refused many awards, including the prestigious Order of Canada, choosing to accept only those given by his colleagues and peers.

As well as writing extensively on Canada and British Columbia, George Woodcock focused much of his attention on what was going on in the rest of the world. After the Chinese takeover of Tibet, he became interested in the plight of the Tibetans. Travelling to India, he and his wife studied Buddhism and established a friendship with the Dalai Lama. Together, George and Ingeborg founded the Tibetan Refugee Aid Society; later came the Canada India Village Aid Society. But the couple’s generosity didn’t stop there: they created—out of their life savings—an emergency fund to assist Canadian writers in need.

Despite his deteriorating health, G.W. continued to pursue his writing career in the 80s and into the 90s, though not producing to the same degree as he did in the decades before. He published the third installment of his autobiography, and The Cherry Tree on Cherry Street and Other Poems, which was to be his last book of poetry (1994). In 1994, Vancouver’s mayor declared May 7th as George Woodcock Day, and awarded G.W. the Freedom of the City. Although George accepted this honour, he was unable to attend the festivities, which included the largest gathering of authors in Western Canada (Margaret Atwood read out his speech), a gallery showing of new art created in his honour, and a 2-day symposium to celebrate his lifetime work at Simon Fraser University’s downtown campus. Less than a year later, George Woodcock died at his home, at age 82, on January 28th, 1995.