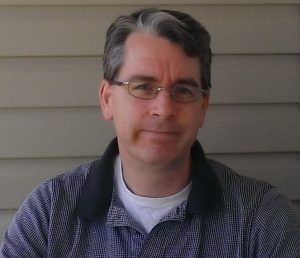 Thomas Hodd is an Associate Professor of English at Université de Moncton. His recent publications include Mary Melville, the Psychic: A Critical Edition (2019) as well as an article on English-language women poets for Parallel Universe: the Poetries of New Brunswick (2018). He is also editor of A Soldier’s Place: the War Stories of Will R. Bird (2018).

“A Casualty of Genre: The War Short Stories of Will R. Bird”

With the recent re-issuing of works by Canadian war writer, Will R. Bird, scholars are being invited to reconsider his contribution to Canadian war literature of the inter-war period. Although chiefly known for his soldier-memoir, And We Go On (1930), Bird also knew considerable success as a writer of war short stories. Building on Mary Louise Pratt’s notion of the short story as a “fragment or excerpt of a life,” as well as the genre’s displacement of time in favour of other narratological considerations, this introductory essay to Bird’s war short story corpus examines a handful of representative stories in order to illustrate how he privileged the humanity and brotherhood of soldiers over their combat deeds. As a result, Bird’s short stories functioned as a form aesthetic therapeutics for the thousands of veteran readers who not only identified with the situations he described, but also with the emotional and psychological turmoil of his soldier protagonists.

Canadian Literature issue 243, Returns, is available to order through our online store at https://canlit.ca/support/purchase/single-issues/.