Canadian Literature seeks contributions for a guest-edited special issue on “the Vietnam War and its Afterlife in Canadian Literature.” As a descriptor, “the Vietnam War” signifies differently across spatial, temporal, and geographical boundaries. Some of its variants, metonymies, proxies, “sideshows,” and “postscripts” include: the American War in Vietnam, the Second Indochina War, the Cold War in Southeast Asia, the Secret War in Laos, the U.S. bombing of Cambodia, and the Cambodian Genocide. Collectively, these asymmetrical wars of empire contributed to the suffering of Vietnamese, Cambodian, Laotian, and Hmong people on a scale that Michel Foucault described in 1979 as “unprecedented in modern history.” These wars also disproportionately enlisted the labour of Black, Indigenous, and brown bodies to fight on the frontlines of the war in the name of securing the extractive economies of Southeast Asia for U.S.-led global capitalism. 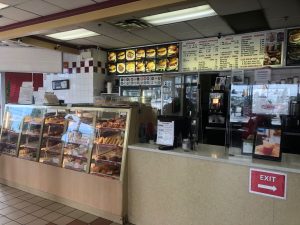 Duffin’s Donuts in Vancouver, BC, run by former Cambodian refugees.

Canada’s involvement in the Vietnam War was marked by both complicity with and resistance to empire. On the one hand, Canada sent thousands of troops to Southeast Asia, provided the U.S. military with war material, and allowed the testing of chemical weapons on indigenous lands in Canada. On the other hand, Canada offered sanctuary to 30,000 U.S. war resisters and 60,000 Southeast Asian refugees, more refugees per capita than any other nation in the world. At local levels, Canadian groups mobilized in support of Southeast Asian refugees (e.g. Operation Lifeline) while others (the majority of the Canadian public polled at the time) were against the government’s asylum policies.

How might we begin to reconcile Canada’s humanitarian image of benevolence with its complicitous actions? How do the literary and cultural works that have been routed through Canada—including Denise Chong’s The Girl in the Picture, Kim Thuy’s Ru, Vincent Lam’s The Headmaster’s Wager, Madeleine Thien’s Dogs at the Perimeter, Dionne Brand’s What we All Long For, Johanna Skibsrud’s The Sentimentalists, Philip Huynh’s The Forbidden Purple City, Kathryn Kuitenbrouwer’s All the Broken Things, Tian Veasna’s Year of the Rabbit, Greg Santos’s Ghost Face, FONKi’s The Roots Remain, Jacqueline Hoàng Nguyễn’s The Making of an Archive, and Souvankham Thammavongsa’s How to Pronounce Knife, among others—engage with the recurring presence of the Vietnam War and its afterlife? To what extent does the Vietnam War as an imperial formation offer possibilities for rethinking the paradigm of Canadian literature as a field? How might this rethinking coalesce alongside contemporary movements in Asian, Black and Indigenous studies in Canada?

In particular, the journal welcomes bipoc, de-colonial, feminist, queer, trans, transpacific, and/or critical refugee studies approaches. Essays and contributions that blend the creative and the critical, as well as the theoretical and the autotheoretical, are welcomed and encouraged. Contributions need not be limited to the study of “literature” in its conventional sense.

Possible essay topics may include, but are not limited to, the following as they intersect with the theme of the Vietnam War and its Afterlife in Canadian Literature, broadly conceived:

The journal recognizes that the current moment is full of challenges and precarities for the Canadian Literature community. We are open to considering submissions that go outside the bounds of conventional research articles, especially collaborative efforts and submissions from graduate students, early career scholars, artists, and members of the community. Please feel free to contact the journal editor, Christine Kim, at cl.editor@ubc.ca, or the special issue guest editor, Y-Dang Troeung, at y-dang.troeung@ubc.ca, to discuss ideas ahead of time. Submissions should be uploaded to OJS by the deadline of February 28, 2021. Our Submission Guidelines can be found at canlit.ca/submissions. General questions about the special issue may be directed to can.lit@ubc.ca.