We are pleased to share that our past Editor-in-Chief Eva-Marie Kröller was appointed to the Order of Canada in June 2022. She is recognized for her contributions to Canadian literature and her achievements as an educator. She holds the position of Professor Emerita at the University of British Columbia (Vancouver, BC). 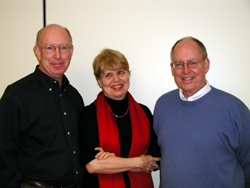 Kröller came to the journal in 1995 and worked to recruit an editorial board of distinguished scholars from Canada and abroad and formalized the peer review process used by the previous editors. In order to introduce a diversity of opinions and expertise to the journal, she began a tradition of having guest editors plan and supervise special issues, such as the Contemporary Poetics issue (guest edited by Associate Editor Iain Higgins in 1997) and Gabrielle Helms’ and Susanna Egan’s 2002 Auto/biography issue. Her commitment to representing Canada’s francophone 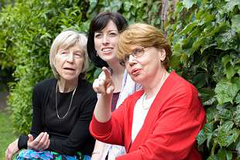 writers led Kröller to appoint Alain-Michel Rocheleau as Associate Editor of francophone writing. Gradually French-language content increased, and the efforts of Associate Editor Réjean Beaudoin, who became the Associate Editor (Francophone) in 2003, have produced the notable special issues Littérature francophone hors-Québec / Francophone Writing Outside Quebec (2005) and Gabrielle Roy Contemporaine / The Contemporary Gabrielle Roy (2007). Kröller was also responsible for the journal’s transition to electronic publishing, and under her direction the upcoming book reviews were added to Canadian Literature’s website. Kröller edited 32 issues and held the position of Editor-in-Chief until 2003. She won the Council of Editors of Learned Journals’ Distinguished Editor award in 2004, becoming the first Canadian to receive the honour. She became a fellow of the Royal Society in 2006.

Her contributions to Canadian Literature are listed under her author page here.