Call for Papers for a Special Issue on “Diversity, Inclusivity, and Mentorship”

At present, we are witnessing turmoil in literary culture. Conversations about diversity, inclusivity, and barriers to access in

Canadian publishing are coming to a head. Writers, publishers, and universities—where literature and creative writing takes on a formalized pedagogical imperative—have struggled to attend to shifting understandings of what makes a more equitable and robust literary culture.

In Canada, literature and literary culture have been consistently imbricated in tensions between established or popular writers, critics, practices, and movements on the one hand, and other voices seeking to shift aesthetics, disregard gatekeeping, and work for a wider scope of inclusivity on the other hand. This special issue of Canadian Literature seeks essays that engage with questions of access, diversity, inclusivity, and mentorship in literary culture, both historical and present. When has intergenerational mentorship worked? How has it gone wrong? Given our current state of affairs, how might mentorship benefit from more multidirectional movement? While open to all submissions that address one or more of these issues, the editors particularly encourage work that engages with the following:

The deadline for submissions is August 31, 2018. Please consult canlit.ca for instructions on how to submit via Open Journal System. All papers submitted will undergo a formal peer review process through Canadian Literature. Essays should follow current MLA bibliographic format (MLA Handbook, 8th ed.) Maximum word length for articles is 7,000 words, which includes endnotes and works cited. The guest editor of this special issue will be Erin Wunker. All correspondence will go through the CanLit office. 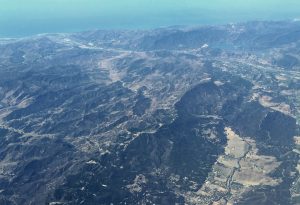