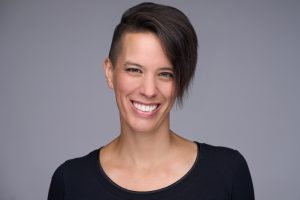 Lindsay Diehl is Assistant Professor in the Department of English, Theatre, Film & Media at the University of Manitoba. Her work has appeared in Postcolonial Text, English Studies in Canada, Canada & Beyond, and Rupkatha. She is currently working on a book entitled Asian Canadian Literature, which is part of a Routledge series on Canadian literature edited by Lorraine York and Robert Lecker.

Journey to Hội An: The Theme of Return in Philip Huynh’s The Forbidden Purple City

This paper examines the intricate theme of “returning home” in Philip Huynh’s short story “Toad Poem.” It argues that this story, with its focus on a character who enacts a return visit to Vietnam, allows for a greater appreciation of the active and ongoing connections between Vietnamese Canadians, their homeland, and its complicated history marked by Western imperialism. Importantly, these connections work to disrupt the discourse of the “grateful refugee”—a discourse formulated by the Canadian nation-state that suggests the refugee’s war-torn past has been resolved and replaced by a peaceful and prosperous present. Alternatively, “Toad Poem” suggests how Vietnamese Canadians can remain haunted by losses incurred during the Vietnam War. Diem has not simply left a “communist” Vietnam to flourish in a “free” Canada; rather, his memories and thoughts of the past continue to shape his decisions. Thus, his return to Vietnam denotes a movement back in time, as well as a passage across the Pacific Ocean, to reveal what has been excised from Canada’s state-sanctioned discourse.

Canadian Literature issue 246, Refugee Worldmaking: Canada and the Afterlives of the Vietnam War, is available to order through our online store at https://canlit.ca/support/purchase/single-issues/.