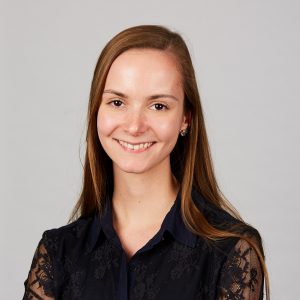 Helena Van Praet is a PhD candidate and assistant in Dutch Literature at Université Catholique de Louvain. She studied English and Dutch Literature and Linguistics at Vrije Universiteit Brussel and University College London (UCL), and is the 2018 laureate of the BAAHE Thesis Award for her MA dissertation on Canadian author Anne Carson. Her research focuses on contemporary experimental poetry.

This essay explores how Anne Carson’s Decreation: Poetry, Essays, Opera (2005) engages with the notion of authorship by reappropriating critical voices and rewriting central ideas. It accordingly takes Carson’s alleged name-dropping as a starting point to argue that Decreation is a project of re-engagement that is underpinned by synthetic disjunctions of competing viewpoints. To this end, Carson relies on the principle of intratextuality, which instils a blurring of the speaker’s identity in the reader, while her use of echoes ingrains the notion of decreation in the reader’s mind. Since both aesthetic strategies hinge on the principles of creative reproduction and recognition, they are capable of evoking a sense of iteration. In this way, Carson’s collection instigates a critical re-evaluation of the notion of agency in literary production while still providing the reader with an—albeit paradoxical—centre of conceptual gravity, which is therefore better conceptualized as a network of relations. 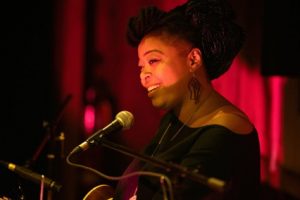 Jillian Christmas is a queer, afro-Caribbean writer living on the unceded territories of the Squamish, Tsleil-Waututh, and Musqueam people (Vancouver, BC). She has won numerous poetry titles, notably breaking ground as the first Canadian to perform on the final stage of the Women of the World Poetry Slam. Jillian has presented poetry and theory in a multitude of venues. She is the author of The Gospel of Breaking (Arsenal Pulp Press, 2020). 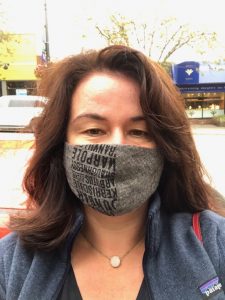 Laura Moss is Professor of English at UBC where she primarily teaches Canadian and African literatures. Laura served as Associate Editor (Reviews) of Canadian Literature from 2004-2015 and as Acting Editor in 2008 and 2013-14. From 2015 to 2020, she served as Editor-in-Chief of the journal and as co-editor of The CanLit Guides project. In addition to five edited books, Moss has published articles on the work of J.M. Coetzee, M.G. Vassanji, Salman Rushdie, Zaide Smith, Margaret Atwood, Chinua Achebe, Rohinton Mistry, and Antje Krog, among others, and has written on literary pedagogy, public arts policy in Canada, multiculturalism policy, seed practices, and public memorials in Vancouver’s Downtown Eastside. Her current research concerns environmental art and activism in Canada. And she now holds the Brenda and David McLean Chair in Canadian Studies (2019-21). Since Spring 2020, she has served as the Associate Dean of Students in the UBC Faculty of Arts.

Her editorial “111 Days of COVID and Reading” can be read on our website here. 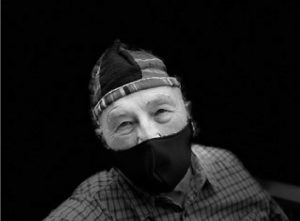 BC poet Fred Wah’s most recent project is Music at the Heart of Thinking: Improvisations 1-170, published by Talonbooks in 2020. Also recently, he has published a collaboration with Rita Wong about the Columbia River, beholden: a poem as long as the river (Talonbooks, 2019), and contributed to the collaboratively created interactive website High Muck a Muck: Playing Chinese, An Interactive Poem (http://highmuckamuck.ca/). He lives in Vancouver and on Kootenay Lake. 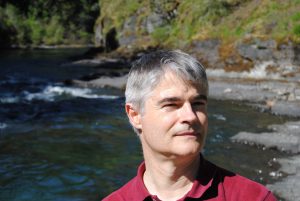 Dan MacIsaac is a trial lawyer and a former director on UVIC’s Environmental Law Centre board. Brick Books published his poetry collection, Cries from the Ark. His work has appeared in many literary magazines, including Arc and Stand. Dan MacIsaac’s poetry has received awards including the Foley Prize from America Magazine. His work has been short-listed for the Walrus Poetry Prize and the CBC Short Story Prize.

His poem “Patrick Lane” can be read on our website at http://canlit.ca/article/patrick-lane-2/. 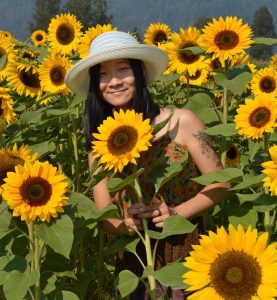 Isabella Wang is the author of two poetry collections, On Forgetting a Language (Baseline Press, 2019) and Pebble Swing (Nightwood Editions, forthcoming 2021). Her poetry and prose have appeared in over thirty literary journals and are forthcoming in four anthologies. She is the Editor for issue 44.2 of Room magazine. 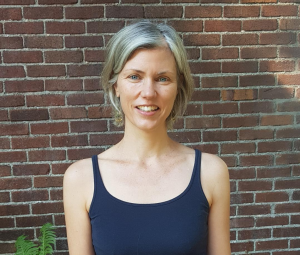 Jody Mason is an Associate Professor in the Department of English at Carleton University. She has published two books, Writing Unemployment: Worklessness, Mobility, Citizenship in Twentieth-Century Canadian Literatures (U of Toronto P, 2013) and Home Feelings: Liberal Citizenship and the Canadian Reading Camp Movement (McGill-Queen’s UP, 2019), as well as numerous articles on topics related to literature and print culture in Canada. She is currently working on a critical history of the cultural industries-creative economy shift in late twentieth-century Canada.

A standard narrative in the literary history of English Canada is that literary culture was able to “develop” in the wake of the 1951 Massey Report, finally “arriving” in the years between the late 1950s and the mid-1970s. This essay offers another view of this period, analyzing not the smooth developmental momentum but rather the contradiction and disavowal that attended one of the federal government’s first direct forms of support for the book, which came in the form of postwar book diplomacy efforts. Using Anna Johnston and Allan Lawson’s theorization of settler colonialism, the essay analyzes how these book diplomacy undertakings exemplify the “double inscription of authority and authenticity” of settler contradiction. As the Imperium shifted across the Atlantic in the decade that followed the close of the Second World War, the settler nation struggled to locate itself anew in relation to its doubled, desired, and disavowed origins.

Kevin Spenst is the author of Ignite, Jabbering with Bing Bong, and Hearts Amok: A Memoir in Verse (Anvil Press) as well as over a dozen chapbooks. He teaches Creative Writing at Vancouver Community College and lives in Vancouver on unceded Coast Salish territory with the love of his life Shauna Kaendo. 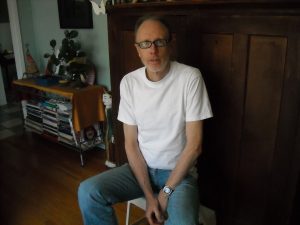 Barry Dempster is twice nominated for the Governor General’s Award, author of sixteen poetry collections, two novels, and three previous books of stories. His poetry collection The Burning Alphabet won the Canadian Author’s Association Award for Poetry. In 2014 he was shortlisted for the Trillium Award for his novel, The Outside World.

His poem “Your Poisoned Life” can be read on our website at http://canlit.ca/article/your-poisoned-life/. 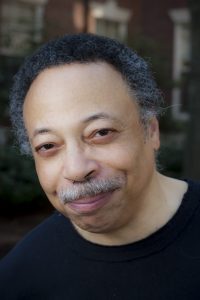 The inaugural E. J. Pratt Poet/Professor, of Canadian Literature, at the University of Toronto, George Elliott Clarke hails from Black Nova Scotia (Africadia). He has served as Poet Laureate of Toronto (2012-15) and Parliamentary Poet Laureate (2016-17).

“Imagining an Africa That Never Was: The Anti-Racist / Anti-Imperialist Fantasy of Charles R. Saunders’ Imaro and its Basis in the Africentric Occult—A Note”

Despite the cautions of Frantz Fanon (and others), Afrocentrists have continued to mine the African past to find and assert proof of Black Genius and achievement to refute the Negrophobic propaganda of White Supremacy. African-Canadian Fantasy-genre novelist Charles R. Saunders follows an African-American precursor–Frank Yerby–in limning a pre-Transatlantic Slave Trade Africa that is magical–either in authorial imagination or in actual history.  While these approaches to writing Africa may instill greater pride and self-awareness in, presumably, black readers, both Saunders and Yerby also simply “blacken,” as it were, the racialist imaginings of white authors like Edgar Rice Burroughs, whose strictures would have found support from Euro-American occult beliefs. In a sense, though striving to author a literature of Black Pride, both Saunders and Yerby integrate themselves with Euro-American occult fantasies. Yet, such may be the contradictory conceptualization of “Afrocentrism.”